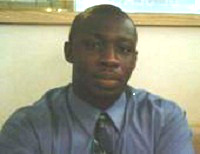 Ben Burgess Jr is the author of the award-winning novels “Monster”, “Wounded”, “Love and Happiness”, and the new novel “ Daddy’s Girl.” He is an active performer of spoken word poetry. Ben Burgess Jr uses his love of writing to inspire and influence youths to strive for what they believe in, and to never give up on their dreams. His novels “Monster” and “Wounded” are currently used in schools on the lower east side of Manhattan. Ben Burgess has a BA degree in Business Management and an MA degree in Educational Leadership. He is the proud father of his daughter Jaelynn and is active in trying to improve urban neighborhoods and communities.
Facebook ✯ Website ✯ Twitter ✯ Goodreads ✯ Amazon ✯ Blog

Nick Johnson has always been an underachieving, borderline alcoholic. He soon finds himself in over his head when his affair with Vickie, an unhappily married homemaker, results in an accidental pregnancy. Vickie abandons Nick to raise their biracial daughter, Lynn, alone. Overwhelmed by the difficulties of single fatherhood and seeking comfort and help for himself in that stressful journey, Nick dates numerous women who will change his life forever.
Will raising Lynn force him to mature? Can a single father with a challenging past teach his daughter to become a strong, successful woman? Will a Daddy’s Girl, raised primarily by her father, leave Lynn destined to fail from a lack of female guidance?

Karen has it all: a handsome husband, beautiful twin daughters, a lovely home and a great job. Karen also has a secret; she’s cheating on her husband, with not one man, but two.
On the outside her life seems perfect, but on the inside Karen feels neglected, bored and unappreciated. Yearning for affection and excitement, she falls into the arms of first Raheem and then Tyrell. Out of fear of losing her husband and breaking up her family, Karen ends the affairs but things don’t turn out how she planned. When Karen’s dirty secrets are revealed she must fight to keep her family together.
Chris is doing all he can to hold his marriage together. He loves Karen but she grows more distant every day. When she starts coming home later and later, he suspects she is being unfaithful. When Chris accidentally takes her cell phone what he finds changes their lives forever.
When tragedy strikes, Karen must decide if she should sacrifice her happiness for her husband’s love, and Chris wonders if he should stay with Karen because he still loves her despite her infidelity. But if they do stay together, will they ever find love and happiness again?
Sexy and relatable, insightful and inspiring, Love and Happiness shows us both sides of Chris and Karen’s story, and reminds us that sometimes to have it all, you must first lose it all.

Samantha Miller didn’t have an easy start. Molested as a child and subsequently forced into prostitution by her drug-addicted mother, Samantha learned at an early age that men were not to be trusted. Being constantly preyed upon taught her to be a predator. Her target was women-specifically, straight or married women. As the headliner at a local strip club, Samantha capitalized on the gifts she was cursed with. In turn, her life quickly spiraled down a dangerous path of violence, seduction, and exploitation. When Sasha is brought on as the new bartender, she becomes Samantha’s newest target. The last thing Samantha anticipated was falling in love. When tragedy strikes, what was once a challenge may prove to be her downfall. Can Samantha heal from her abusive past, or will she always be Wounded?

Tormented while growing up for being dark-skinned, and the son of a womanizer who deserts his family regularly, Ken Ferguson longed for that feeling of being loved. Ken promised himself that he wouldn’t be a manipulating, deceitful man like his father, but after being cheated on and dumped by the girl he thought he would one day marry, he begins his transformation. Fueled by anger, and tired of being the “nice guy”, Ken drowns himself in one-night stands, threesomes, affairs with married women, and sleeping with one conquest after another. He adopts the philosophy of having no commitment and no attachments, but meets his match with Ashley, a girl that makes him want to stop his promiscuous ways. But Ashley turns out to do even more damage to his ego and his heart, wounding him deeply. With his philosophy reinforced, Ken spirals out of control and becomes a MONSTER. Sleeping with and mistreating random women he meets at bars and clubs, Ken uses sex to forget about his insecurities, his anger, and his sadness. Will Ken learn to let go of his heartbreaks, or will he be consumed by them and continue to be a MONSTER?