Charlotte’s father, an ex-marine who walked out on his wife and Charlotte when she was just two years old.  He is now forty years old.

A recovering alcoholic, it took Matt remarrying after he left the marines before he gained the courage to try and contact his daughter.  They began a tentative relationship via email, but things escalated when Charlotte was desperately injured by Archangelo and in desperation, Lucas and Conal contacted Matt and brought him and his family to Zaen to provide the blood Charlotte so desperately needed.

Matt’s blood carries the same marker that Charlotte’s does, however, he is unable to use the weapons.

Matt struggled initially to come to terms with Charlotte’s life amongst the supernatural and was deeply suspicious of them.  However, he has made great inroads into his fears and he and his wife Misaki and son Kazuki choose to remain in Zaen and try to help Charlotte and her friends.

Misaki met Matt Duncan when he was stationed in Okinawa.  They fell in love and Matt married Misaki, bringing her back to the United States with him when he returned and discharged.

Misaki is ten years younger than Matt at thirty, consequently when she meets Charlotte she suggests calling her Misaki, because she’s too young to be her step-mom.

Misaki and Matt had settled in San Diego and Misaki was aware of Matt’s absence from Charlotte’s life and gently cajoled him into trying to reach her.  She was instrumental in helping him to locate Charlotte and encouraged him to pursue a relationship with his daughter.

Unlike Matt, Misaki is excited about their introduction to the paranormal world, as Matt tells Charlotte “Misaki believes in all this… stuff.” 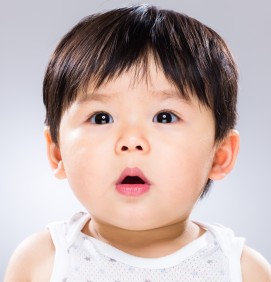 Two years old, Kazuki is Charlotte’s step-brother, the product of the marriage between Matt Duncan and his second wife, Kazuki.

Kazuki adores the supernatural of Zaen, particularly Conal, who transforms to werewolf to give him ‘pony rides’.  He also has a soft spot for Lucas, who carries him around on his shoulders and Charlotte is delighted when he mispronounces ‘Wucas’.

Charlotte is playing with Kazuki one evening, when she discovers that he carries the same distinctive wing-shaped birthmark on his neck as she does, recognizing that he is one of Nememiah’s Children.