Caleb met Bryan six years ago, and through him, he met Finn.

‘Known as Shep to his friends, Caleb was thirty nine years old. He was six feet three inches of finely defined muscle, with a strong square jaw line and a superb set of dimples. His eyes were brilliant green, his olive skin tanned, his hair dark and shoulder length. He’d developed a friendship with Bryan six years ago and I’d found him incredibly attractive from the very first instant I set eyes on him.’ 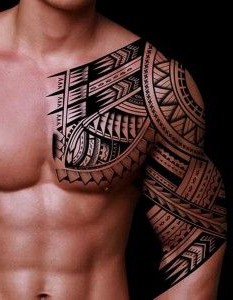 All full blooded werewolves in the Sheppard Pack are distinguished by a tattoo, which covers the left side of their chest, shoulder and arm. 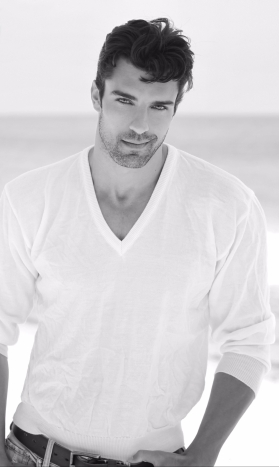 Rafe has the same sapphire blue eyes as Kenyon Sheppard, one of his two fathers.
Twin brother of Caleb, Rafe is joint owner of their security firm.

Legal husband to Ginny. Father to Caleb, Rafe, Zane and Channing.   Tate is the bloodline leader of the Bluff Lake pack, whilst his best friend (and his wife Ginny’s second husband,) Kenyon leads the pack with him, as his equal.

‘Tate Sheppard appeared in my peripheral vision, and there was a twinkle in his dark brown eyes. He stood as tall and broad-shouldered as Rafe, and carried himself with great aplomb, a touch of silver at his temples only adding to his charisma. There were laughter lines around his eyes and they crinkled when he offered me a warm smile.’ 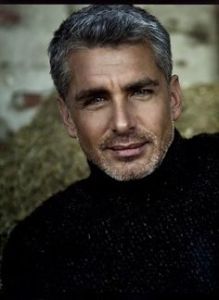 ‘I turned to discover a man standing in the doorway; an older version of Rafe and Caleb, complete with Rafe’s sapphire blue eyes. Kenyon settled on the edge of the coffee table and offered me a reassuring smile, his blue eyes compassionate. He was slighter in build than Tate was, but there was visible strength in his form and the resemblance between his eyes and Rafe’s was remarkable. He wore the stubble of a day’s beard growth, and his salt and pepper hair was casually tousled.’

‘She was a beautiful woman, perhaps my height with silky dark hair which tumbled across her shoulders and emerald green eyes like Caleb’s. Casually dressed in elegantly tailored slacks and an embroidered t-shirt, she didn’t appear much older than her son.’

He works for his brothers’ security firm, and is something of a technology genius.  He’s the one who pulls Finn’s cell phone apart, looking for signs of tampering.

‘She was exceptionally pretty, with olive skin and full lips, her dark straight hair shiny and falling in a short bob to her shoulders. Her expressive eyes were a deep chocolate brown, surrounded by long thick lashes which didn’t seem like they’d ever need artificial enhancement.’