This week’s author spotlight is on my friend and fellow indie author, Simone Beaudelaire.

Simone and I have gotten to know one another through the Anything Goes Author Group on Facebook, and through her choosing to use the services of The Pedantic Punctuator, my editing service earlier this year.

Simone is a wonderful author of some hot and steamy romances, and her books are a highly recommended to readers.  She’s not only a great author who writes romances in a variety of settings, but she’s also a lovely friend.

Simone Beaudelaire is the pseudonym for a single mom and teacher from Texas.

In her spare time, Mme Beaudelaire reads romances as fast as she can get her hands on them, and when she isn’t reading them, she’s writing them!
Published works include Watching Over the Watcher, Keeping Katerina, High Plains Holiday, When the Music Ends, When the Words are Spoken, Beautiful Rose, Pacific Fire, The Naphil’s Kiss, and several others, but more are in the works.

Watching Over The Watcher

Psychic Selene Johansen is an excellent police investigator, able to determine guilt from the first handshake.

While her talent for fact-finding keeps her busy, her personal life is lonely. After all, who wants to date a girl who can read minds?

But Selene’s consuming solitude dissolves when she learns longtime friend Brandon Price knows about her psychic gift … and her secret love for him.

As their relationship heats up, Selene dares let her guard down, not realizing that a ruthless stalker is determined to put an end to the couple’s passion… and their lives. 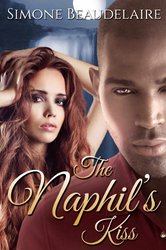 Since ancient times, the semi-angelic beings known as the Nephilim have protected the children of men. These chaste, eternal warriors stand between humanity and the Succubae, daughters of Lilith, who drain men of their will through seduction.

Until the day one Naphil, Lucien, first encounters the succubus Sarahi. That day a creature of darkness, sick of the shadows, dares lift her face towards heaven and discovers something she never dreamed she would find… love.

But their love is overshadowed as the long-foretold war between angels and demons threatens to break over the land. For prophecy states that from the mingling of these races will come a warrior who holds the key to victory… or utter destruction. 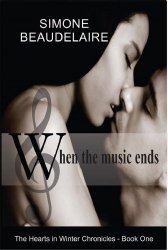 When The Music Ends (Hearts in Winter 1)

What is the sound of a broken heart? How does a fated love rise from a pleasant note to a passionate symphony?

Budding musician Erin James knows all too well the noise of neglect and tragedy, and that her infatuation with her best friend Sheridan’s older brother, Sean, is doomed never to blossom into something more.

Young builder Sean Murphy isn’t really in the market for a relationship. He’s more interested in helping build his father’s construction company. Even if he were, his sister’s best friend isn’t even on his radar.

That is, until Sheridan plays matchmaker. A pity date quickly flares into irresistible passion. But as their love reaches a crescendo, personal tragedies and impossible decisions threaten to end their harmonious, unlikely romance.

When the music ends, will these troubled lovers find a way to compose a life together?

NOTE: this is a steamy romance and contains graphic sex scenes.

The 1840s: A time of increasing social awareness, particularly for progressive cotton mill owner Adrian Bennett and his son and business partner Christopher.

But one social issue Christopher has never considered much is violence against women. A Robert Browning poem and a chance encounter with Katerina Valentino change everything.

Katerina is in fear for her life from her father’s constant beatings. That is, until Christopher becomes entranced by the delicate dark-haired beauty, and decides that he must rescue her from her father–by marrying her. But Katerina’s years of abuse have left her physically and emotionally scarred. And those scars threaten the newlyweds’ hope for happiness. Is Christopher’s tender affection enough to help Katerina heal her broken spirit? 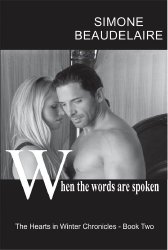 When The Words Are Spoken (HIW2)

Sunshine woman, banishing night
From all around you,
Shine your glorious smile
On this one dark soul.

With those lines, Dr. Michael Burke attempted to express his years’ long adoration for his colleague and former student, Sheridan Murphy.

Not content to be worshiped from afar, Sheridan urges her beloved to turn their unrequited passion into a blazing romance.

But will their love be able to survive the secrets each one is keeping from the other, or will their dream of a happily ever after eventually crumble under the weight of their tragic histories?

Because when the words are spoken, there’s no going back.

First runner up in the Romance of the Year contest at Deep in the Heart Romance.

NOTE: THIS IS A STEAMY ROMANCE. CONTAINS EXPLICIT SEX SCENES 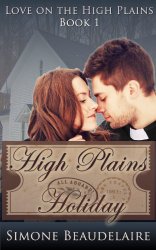 A small Western town receives an early Christmas present; a new pastor for the church. He’s young, handsome, and single. But to church organist Kristina Heitschmidt, Reverend Cody Williams is nothing but trouble. Especially as his first move is to attempt to take control of the music away from her. But Kristina is not about to give up her life’s work.

With Christmas fast approaching, it appears the two are at a stalemate. That is, until a sudden blizzard traps them together in the church overnight. Forced at last to deal with each other, they realize that the explosive feelings between them are really symptoms of an overwhelming passion that just might, if they can finally be honest, lead to the love of a lifetime.

This is a steamy romance, and contains explicit sex scenes. 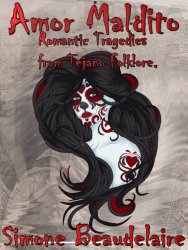 But their solitude is about to be shattered as legends of the Border come to life to claim new victims. Tragedy, love, terror and myth merge in this trio of tantalizing tales… 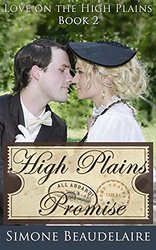 This is a steamy romance, and contains explicit sex scenes.

Unlucky in love, the Spencer sisters Allison and Rebecca have resigned themselves to a spinster lifestyle, replacing their thwarted romances with work, family and friends. But Cupid isn’t finished with them, and new chances for love are right around the corner.

However, danger also lies in wait for the sisters. A band of murderous train robbers has threatened deadly vengeance on the whole town, and a more personal threat stalks one of the sisters, intent on her destruction.

When promises fail and danger looms, can love protect the sisters from the forces that seek to harm them?

When The Heart Heals (HIW3)

When fat old Mrs. Thompson forces Drew to work with his long-time enemy Alyssa on their senior English project, the future doctor is furious.

But he quickly comes to realize that the girl he never liked is actually kind-hearted and beautiful… and shouldering the crushing burden of caring for her ailing father. Against the odds, these long-time rivals find their way to a high-school romance: intense, passionate, and destined to end…

That is, until a run-in with a drunk driver leaves an adult Alyssa in need of Drew’s professional help.

Friendship flares into passion again, but Alyssa, convinced she isn’t good enough for her doctor, flees in the night, taking with her a secret that just might bring them back together forever… or tear them apart for good.

When Chase arrives in Dallas after a work transfer, he feels out of place in the big southwestern city. Reeling from a breakup and lost in a sea of faces, he reaches out for the first comfort he sees… a beautiful waif of a woman.

But she won’t give him the time of day. While Brooklyn drives Chase wild with desire, she remains elusive. What secrets is the dark beauty hiding? Will they cost Chase more than his heart?

This is a sweet romance and contains no graphic sex scenes or strong language. 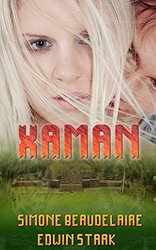 In the jungles of Belize, an ancient power lurks, and American grad student Rachael Monroe is about to come face to face with it. But is it a monster from a long-dead culture, or something far more dangerous? And who is Xaman, the mysterious local man Rachael finds so inexplicably fascinating?

Seeking answers to these questions will lead Rachael deeper into the heart of a centuries-old mystery that might reveal to her a love that can surpass even death… or her own gruesome end.

Hunting for a creepy read this Halloween? Open the gate and cross the threshold into our haunted house of mixed tales of horror. Sample a variety of nightmarish visions. From ghosts to ghouls, mutants to monsters and every kind of bloodsucker in between, The Darkness Waits offers a creature for every taste.Will you dare open the gate?