All Brian Morrison wants is to be an ordinary teenager with normal teenage problems, but his uncontrollable twitching and phonic tics make that impossible. The butt of jokes in school, he is nothing but a laughing-stock until a visit to a local tarot shop turns his life upside-down.
The psychic’s strange prediction thrusts him into a mysterious world of ghastly creatures and bizarre events, and he must come to terms with the abrupt changes if he is going to survive. One mother’s plea for help presents him with an impossible challenge, but it also brings him closer to the most popular girl in school. Brian must overcome threats from all sides to honor his promise, and he is determined to succeed. His heart won’t let him turn his back on someone in need, especially when he’s fallen in love with her.

Protecting Shannon McKesson soon becomes the greatest purpose of his life. Brian discovers many things on this new journey, but the biggest one might be the truth about who he is. If only he and Shannon can stay alive long enough to unlock the mystery. 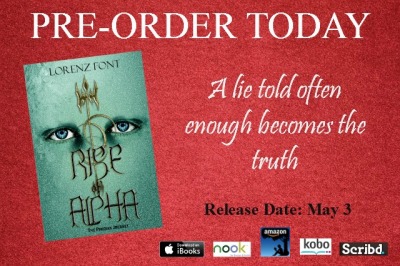 VOYANT’s purple neon sign welcomed us when we walked into the dark, rather dingy room. The scent of burning incense was heavy, and I faltered, not digging the eerie atmosphere. The black walls were lined with wall hangings of different tarot card characters, which seemed to be smirking at anyone dumb enough to buy their bogus predictions. Mark glanced over his shoulder at me with an unspoken challenge, leaving me no choice but to follow him to the counter.
The girl behind the counter looked up, her expression one of boredom. I recognized her immediately and stopped in my tracks, my mouth gaping open.
Shannon McKesson?
Whoa! Shannon was the epitome of popularity. She was pretty in that girl-next-door type of way. Her blond hair bounced on her shoulders like girls’ did in television commercials. Her eyes were bluer than my mother’s, and she had that mature persona most teenagers would die for. I had been watching her all these years, unable to take my eyes off her whenever she drove her yellow Beetle into the school parking lot or walked through the campus with the sure kind of grace only confident people possessed.
Darryl shifted next to me and pushed my chin up, closing my mouth. I coughed, realizing I’d already made my first blunder of the night. And it didn’t even have anything to do with my tics.
“Hi, Shannon. We’re here for a tarot reading. I called earlier to make an appointment,” Mark said, sounding like a real tarot junkie.
“Oh, yeah. Larry, Curly, and Moe.” She hopped off the barstool and checked off our names in the appointment book.
Mark and Darryl quickly pointed at me. “He’s Curly!”

Of all the things these bastards could do, they had to put me in the spotlight. They knew I hated the attention. I felt my face burning from embarrassment but decided to play along, shuffling my feet for maximum effect. What came next was a reward for my efforts. Shannon laughed, the sound a sweet mix of tolling bells.

A professional daydreamer, Lorenz Font discovered her love of writing after reading a celebrated novel that inspired one idea after another. Since being published in 2013, she has been conspiring, butting heads, and enjoying her spare time with vampires, angels, samurais, and other creatures she has created in her head.
Her perfect day consists of writing and lounging on her garage couch (a.k.a. the office) with a glass of her favorite cabernet while listening to her ever-growing music collection. She finds writing urban fantasy exhilarating and places an intense focus on angst and the redemption of flawed characters. Her fascination with romantic twists is a mainstay in all her stories.
Lorenz lives in Southern California with her supportive family and three demanding dogs.

← The Guardian by Jacquie Biggar
The Howling Heart by April Bostic →