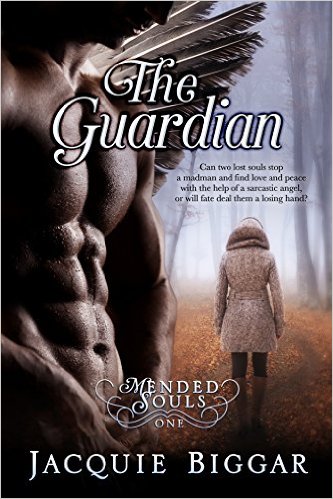 Restitution begins with the truth.
Lucas Carmichael and Scott Anderson had it all, money, fame, and fortune. But one night’s stupid mistake takes everything they thought they cherished and dumps it upside down.
A car accident ends Lucas’ life and leaves Scott injured and bitter.
As the local ME, Tracy York, investigates the case, discrepancies begin to point to more than a simple drunk driving incident.
When threats are made to Tracy’s life can Scott and his guardian angel, Lucas, protect her, or will she become another casualty?

Tracy watched those lips that had fueled thousands of fantasies edge nearer and wondered if she was going to hyperventilate. Scott Anderson was about to kiss her. How had this happened? And even more, how was she going to go back to her normal, everyday life after he left?
Then his mouth touched hers and everything went into slow-mo. Every inch of skin became incredibly sensitized, even the follicles of her hair. It was crazy. And wildly exhilarating. He smelled of wine and chocolate and she was never going to get over him.
His hands delved into her hair, holding her head in place for his kisses. And there was a reason he was a movie sex symbol, the man could kiss. Her toes curled and her fingers flexed against his broad chest. The heat radiating from his big body acted like an aphrodisiac, lulling her mind and rejuvenating her body. 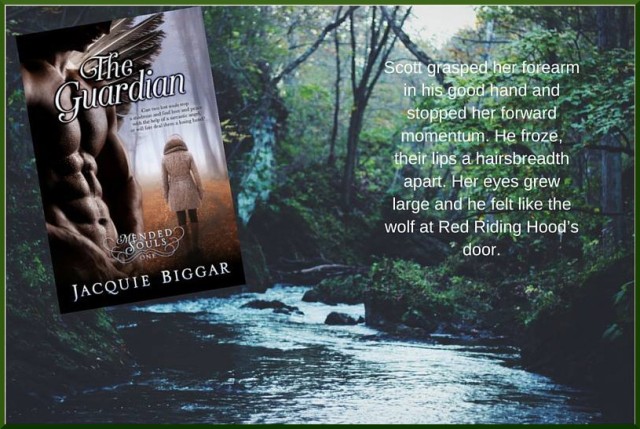 I live in paradise along the west coast of Canada with my family and love reading, writing, and flower gardening. Oh, and I can’t function without coffee! Preferably at the beach with my sweetheart. 🙂
I write Romantic Suspense with tough, alpha males who know what they want until they’re gob-smacked by heroines who are strong, contemporary women willing to show them what they really need is love.
I’ve been blessed with a long, happy marriage and enjoy writing romance novels that end with happy-ever-afters.
Amazon ✯ FaceBook-author ✯ FaceBook-personal ✯ Twitter ✯ Goodreads ✯ Website

2 thoughts on “The Guardian by Jacquie Biggar”