Sometimes, I place these reports on Facebook, but it has been one of those weeks filled with self-doubt and self-recrimination.  The type of week in which I’ve struggled with an underlying, moderate level of stress, for which there is no apparent reasoning and I’ve taken self-doubt and self-loathing to a new level.  Consequently, the decision has been made to place this update on the blog, because that way, I figure people have to make a deliberate decision to come and read it, and aren’t being forced to have my ramblings ‘in their face’ on Facebook.

Yep.  One of those weeks.  The mind is an insidious, creeping, nagging thing to deal with on an everyday basis, and this week, my own mind has been in a battle with me, for most of the week.

If there was to be a scoreboard for this epic battle between Deb’s Brain and Deb – it would probably look something like this. 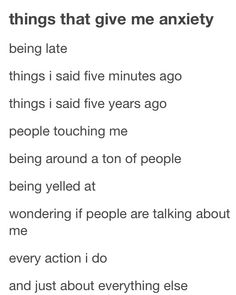 What has caused this terrible losing ratio? What has been different about this week, to previous weeks.  Why has my head gone on the offensive?

The short answer.  I don’t know.

The long answer is far more complex and difficult to put into words. (And coming from me, who loves the written word, that makes it very complex indeed.)

This week has been a little different for one major reason – last week, in my wisdom I said to Steve, that this weekend, I would attempt a sleepover at BIL and SIL’s house. I’ve gotten quite comfortable with visiting them, I’m probably almost as comfortable at their house as I am in my own and in the process of desensitizing myself to struggling with new things… we had discussed a one night stay at their house as being the first step in overcoming my anxiety about being away from home.

Sounds simple – doesn’t it?  It did to me… last weekend.  However, throughout the week, I think a good part of my anxiety has been underlying stress about the concept of that one night away from home.

And this is the point in which my brain kicks in, adding its thoughts, building up my worries, creating stress over ‘stuff’.  I call it ‘stuff’, because in most cases, these worries are highly unlikely to happen.  HIGHLY UNLIKELY.

So, I hear you say… no problems.  Kick them out of your head, stop worrying, move on.

Except that isn’t how my head works.  Here’s an average Deb VS Brain Discussion.

Deb: We’re going to sleep over at BIL and SIL’s on Friday night.

Brain: Is that really a good idea?  What if the kids set fire to the house while they’re cooking dinner?

Deb:  That’s unlikely, isn’t it?  The kids are intelligent teenagers, who know their way around the kitchen.  They will be fine.

Brain: Are you sure?  What if someone decides to cook bacon and eggs, and the oil from the pan splatters and creates a grease fire?  Will they know what to do?  Will they panic? Can you trust them?

Deb:  They’re very careful about locking the door.  Steve and I have taught them well. They never leave the door unlocked.  And besides, the daughter is almost as neurotic as I am.  She will not only ensure every single door is locked, she’ll also make sure every window is shut and she’ll turn every single light on inside the house.  No axe murderer will get in.

Brain:  Well, I suppose that sounds reasonable.  But while we’re on the subject, perhaps you should be putting some thought into your daughter’s anxiety issues.  She’s so much like you, you know, and look how badly you’ve turned out.  Certifiably nuts.  It’s your fault you know – it’s your fault she’s like this.  How can you think about leaving her at home alone overnight, when she has anxiety issues of her own.  You’re a terrible mother.

Deb: I am not a terrible mother, I love my children and do everything I can to help them.  And this discussion is getting completely off-track.  None of these things are going to happen, and there’s no reason why I can’t manage ONE NIGHT away from home.

Brain:  Really?  What if you get down there and decide you can’t stay?  Aren’t you going to feel bad, because you’ve let other people down?  The BIL and SIL have been looking forward to this, and they’ve taken time out of their lives to allow you to stay.  And what about Steve?  After everything he puts up with, isn’t HE going to be disappointed if you change your mind at the last minute?

Deb:  Shut up!  Shut up! Shut up!  You’re being ridiculous.  Steve loves me and will accept if I decide I can’t stay.  Besides, I’ve already talked to Steve and he says I don’t have to stay, and that we’ll just go down for the evening and come home again.  It isn’t a problem.

Brain:  If it isn’t a problem… why hasn’t Steve already rung the BIL and SIL and told them you won’t be staying?  Don’t you think he’s waiting, because he wants you to change your mind.  Because he doesn’t want to tell the BIL and SIL what a failure you are, and how much of a handbag you are, and how weak you are… no, you know, as well as I do, that he’s holding off on telling them anything, in the vain hope you’ll pull yourself together and go and stay the night…

And that, folks, is how my brain works.  But it isn’t usually one discussion going on 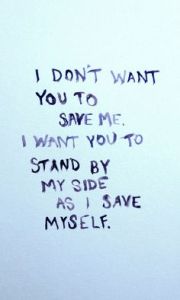 between myself and my brain.  There are usually a myriad of subjects swirling around up there, and I can jump from one anxiety to the next, with very little problem.  Smoothly, in fact.

This week, I’ve been working on the following anxieties… in no particular order:

And so it goes, on and on and on.  I did warn you this would be a rambling update, and it was true.  I haven’t actually resolved anything, I haven’t offered any great pearls of wisdom.

I have, however, gotten all those thoughts and anxieties out of my head.  And I guess that’s better than nothing.