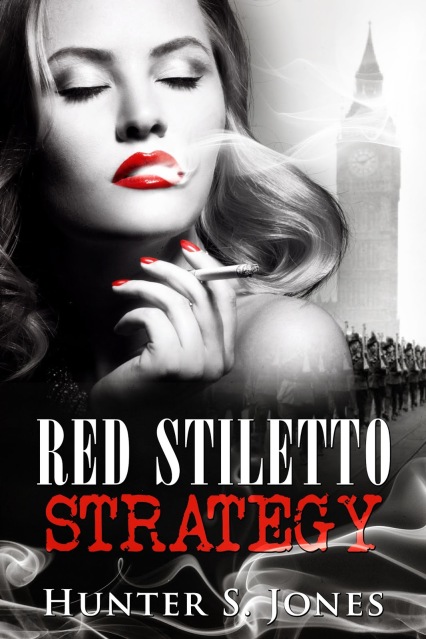 Born to an alcoholic, single mother in Texas, Luckie Stratton learns from a young age to keep her distance, avoiding getting close to anyone. She moves to LA as a young film actress, becomes enchanted by a swarthy English gentleman and flies to London in 1940 to join his secret British spy elites. The seductive blonde becomes an undercover assassin. Armed with her charm, a switchblade and a Derringer, this femme fatale never fails her mission. Disguised as an anxious wife waiting for her British ‘husband’ to return from battle proves to be irresistible bait to Nazi covert operatives.

All’s fair in love and war.

Luckie Stratton looked across her right shoulder into the mirror, then reached down and straightened her left stocking until the seam ran up her leg with the precision of a surgical knife. The room was dimly lit, and she checked her purse for the small Derringer pistol and the switchblade stiletto. Scraping the bottom of a lipstick tube, she applied the last of the Regimental Red she had brought from Los Angeles. She slipped her feet into her best heels and clicked off the table lamp. Smoothing her hair, she walked outside the apartment door, looking both ways before locking it.

Tonight, she had a date with destiny.

Dr. Smithers had been her mark for the last few months. Making her way into the misty haze of the London night, Luckie Stratton knew she had a mission to complete. Hamish had sent her a coded message yesterday saying that the German spy—a double agent—would be at the USO where Joey’s band played. She was to kill him by any means necessary. It was a job she had completed successfully many times, and what had earned her the nickname Luckie.

She was born in Red River, Texas; her mother had had a weekend fling with a doughboy she met in Dallas the weekend the First War ended. The boy left, her mother discovered she was pregnant two months later, and eventually moved to L.A. with the little girl. Her mother dreamt of being an actress but only became successful at becoming an alcoholic. Eventually, the young girl took on acting jobs to support her mother and herself. Fortunately for her, she learned early that if you didn’t become too attached to someone, you wouldn’t feel abandoned when they were no longer in your life. By the time she was eighteen, she knew she had a way with men; finding companionship with producers and businessmen was much more lucrative than being a bit player in movies. With her long legs and sultry voice, men were hooked once they met her. When she dyed her hair platinum blonde, the world was hers for the taking.

Then, war broke out in Europe and everything changed. 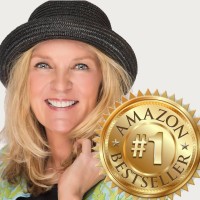