Finding Forgiveness is the first book in a new series from romance author JJ Ellis. She explores second chances at mature ages where love can be just as deep and even more passionate. Nick and Anna are in their early fifties when their second chance comes calling whether they want it to or not.

A national tragedy destroyed his family.
An abusive relationship destroyed her self-esteem.
A rekindled love begins to heal two broken souls.
But will it be enough for Nick and Anna to find forgiveness? 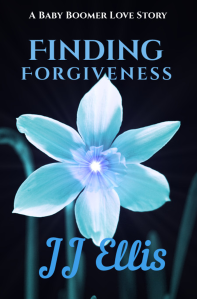 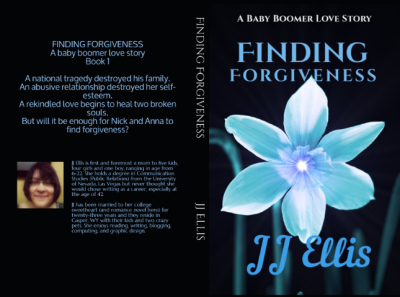 JJ Ellis is first and foremost a mom to five kids, four girls and one boy, ranging in age from 6-22. After that, she is a physically limited wife, blogger and now an author. She holds a degree in Communication Studies (Public Relations) from the University of Nevada, Las Vegas but never thought she would choose writing as a career, especially at the age of 42. She once wanted to be a publicist in the entertainment industry, but never a writer. Then one day when she was in her mid-thirties she was going through what can only be described as an early ‘midlife crisis’ and ideas just started to come to her and she felt compelled to write them down. She finished her first book relatively quickly, but life got in the way and it took her eight years to revisit it and then publish her first novel. She can honestly say that now she is finally right where she wants to be.

JJ has been married to her college sweetheart (and romance novel hero) for twenty-one years and they reside in Casper, WY with their kids and one crazy mutt named Kreuger. She enjoys reading, writing, blogging, computing, and graphic design. She will try anything that will allow her creativity to be released.