The beginning of a new journey for Iris is both exciting and stressful but she’s not ready to face what’s to come. Neither is Calvin.
Iris is ready to embrace her dream job with the faithful support of her boyfriend. Their love strengthens as they enjoy their life together. Between traveling and meeting new people, she views Calvin’s life and everything that comes with it with a new perspective.
Their life seems perfect, at least until Iris becomes the target of a manipulative soul who proves to be a nasty adversary. Stubborn and Fierce, Iris fights for her man, but will it be enough? 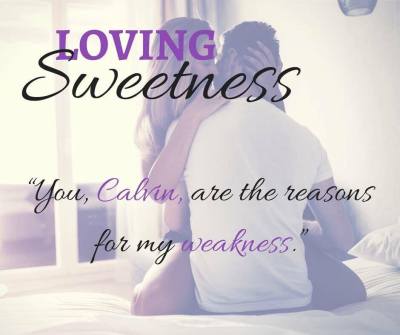 “Stay,” he ordered me.
I left without looking at him or saying goodbye. I had enough. Hurrying out of the building, I had no idea where to go. In such a short time, my life had completely included Calvin in everything I liked to do, whether it regarded going to the gym or the Lounge; they had become my daily hang outs. My friends were his friends, except for Krys.
My feet hurt, I missed my old sneakers. Who was I trying to impress now? Dressed in expensive clothes, none of which I could afford. All that for nothing. This personality wasn’t me. The only things I liked about it were Calvin’s eyes when he looked at me, and how sexy he made me feel. A first tear ran down my cheek. I had to stop. Be stronger than that, Iris. You’re in the middle of the city. You can’t cry.
Where do I go now? A coffee shop? Or maybe I could get a nice haircut. I hadn’t gotten one in quite a while and my hair could use a new do. I kept walking until I found one. Some people say getting their haircut is like therapy, well bring it on.
~~~
After ignoring my phone for a couple of hours, the time to get home had arrived. Spending two hours getting my hair done was exactly what I needed. A new start definitely made me happier, but it faded slowly as I approached the penthouse.
It was late. He’d mentioned he had to leave tonight. What if he had left already? I checked my phone. Nineteen missed calls and my voicemail bursting to capacity.
“Shit!” I muttered to myself.
As I was about to unlock the screen, a call from Calvin came in.
“Hello.”
“Where the fuck are you?” he asked.
“Where the fuck are you?” I could be just as mad as him if I wanted to.
“Iris, don’t play stupid games with me. Where are you? Where have you been?” His voice started to smooth down, I could hear relief.
“I got my hair trimmed.” Maybe a bit more than trimmed, but I didn’t have to be specific, right? Only few inches shorter.
“Where are you now?” he asked, his voice soft, almost like the normal Calvin. Not the stressed-out man he had been today.
“On my way. Are you still home?”
“I just got in my car, I’m driving to the airport.”
Oh! “Okay.” I couldn’t forget how mad he had made me earlier, but a big part of my heart wanted to see him before he left. “I’m two corners south. I’m sorry I missed you. Have a safe trip.” I heard him say my name, but I hung up before he could hear the pain in my voice.
The tears finally became uncontrollable. Today sucked. I wished my brain could delete the last ten hours. I probably had mascara streaming down below my cheeks, but I didn’t care. I tried walking faster. Maybe tomorrow I could stay home again and stay away from Candice. Dealing with her drained all my energy.
“Iris? What the fuck have you done?” Calvin’s voice startled me.
I turned, searching for him. I had chopped off at least five inches of hair, making it just below my shoulders.

⭐⭐BOOK 1 OF THIS SERIES IS CURRENTLY ONLY AVAILABLE IN THE CHRISTMAS IS FOR LOVERS BOX SET. 6 FULL LENGTH BOOKS FOR ONLY 99cents.⭐⭐
Fleeing this very heartache, Iris leaves her Florida home to attend Columbia University. While she makes friends, works, and enjoys her classes, Iris is not in a rush to fall in love; that is, until a certain sexy someone finds her. Suddenly, Iris’ boring holiday takes a sizzling turn. But will the heat of passion lead to a holiday fling, or finally melt her frozen heart?
In the process of following her own heart, can she help a man find his way of letting go of his past guilt and show him how to love unconditionally?

“Drama, true love, tattoos…and everything in between!”

Jude Ouvrard is an author who writes from the heart, and reads with passion and devotion. Jude enjoys stories of drama, true love, tattoos, and everything in between. While writing is her therapy, reading is her solace. Life doesn’t get better than books and chocolate, and maybe a little bit of shopping.
A romance lover, Jude writes about love, pain, heartbreak and matters that will challenge your heart. A book can tell an unexpected story, no matter which directions it takes. Jude embraces words that have haunted her for years.
Jude is a working mom who dedicates her time to a law firm and writing books. She has an energetic superhero son, and a supportive boyfriend of many years. Her family is her rock; she could not survive without them. Born a country girl, she transformed into a city woman who now lives in Montreal, Canada. Although French is her first language, Jude decided to write in English because she liked the challenge.
Website ✯ Twitter ✯ Goodreads ✯ Amazon ✯ Facebook